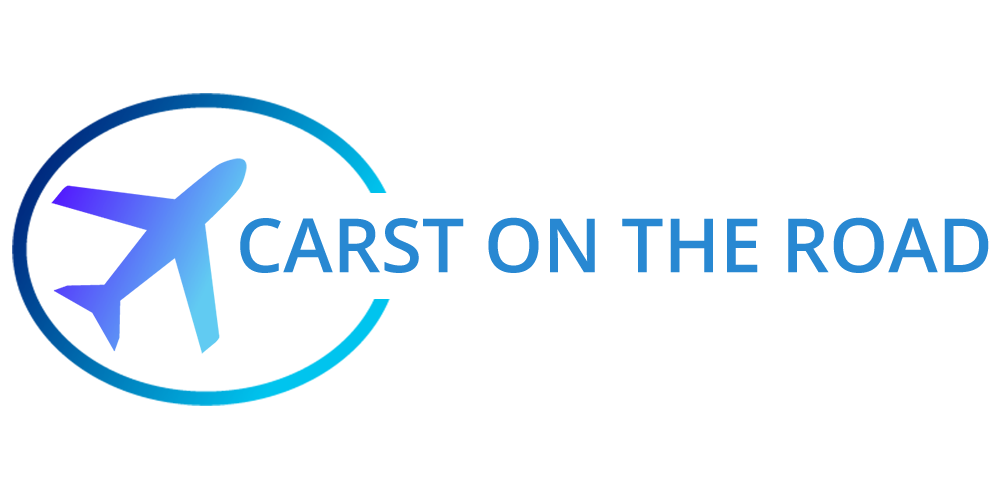 Hello and welcome to my third trip report!

***BACKGROUND-INFO:***
As already mentioned in my first TR I fly home to Berlin regulary from MHG or STR. So this time it was STR. Btw the last time before I move back to Berlin in October this year (2011), I booked all flights for this year with C9 (Cirrus Airlines) from MHG.

***PRE-FLIGHT:***
I started my drive to STR around 01:00 PM and parked at the P2 parking-garage. From there it is a 5 minute walk to the terminals:

As I had used online-check-in before I just went to the baggage drop-off as I had to use my larger bag for this 10-day-trip:

Passing through security, I love the analogue FIDS:

I walked through the Duty Free shop to buy some christmas presents and then proceeded to my gate to find out the arriving flight was late:

NetJets’ Falcon 7X CS-DSA waiting as number 2 in the queue:

Contact Air Fokker 100 on short final with a Germanwings A319 waiting as number 1 in the queue:

D-ABBY taxiing to the gate:

Despite the arriving flight coming in late, boarding was on-time, beginning around 14:45/02:45PM:

As I was the first to board the plane I had time to go the back of the aircraft to take this photo:

As the exit-rows stayed empty I moved one row up:

Lots of legroom in the exit-row:

While climbing through the fog and clouds dark spots appeared at the horizon and at first I didn’t realize these were the mountain tops south of STR coming through the very low hanging clouds:

Drink and snack service, and because I couldn’t decide between the salty and sweet snack the friendly FA gave me both snacks:

Visibility was under 200m/yds, I wasn’t able to see the parallel runway, I wondered why it is visible in this picture:

Arriving at Terminal C, Air Berlins’ low-cost-terminal, Terminal A was not visible in the distance, just the appron lights could be seen:

***POST-FLIGHT:***
Deplaning via stairs, followed by a 30 second bus-ride to the terminal:

Inside Terminal C, Picking up my bag:

Terminal C as seen from the parking lot:

***BERLIN***
This time I am posting no photos from my hometown, if you want to see some touristic photos have a look at my first TR.

This last-week-of-december visit was just for Christmas and partying with friends:

***PRE-FLIGHT:***
New Year’s Day came too fast and I had to fly back, on my way to the airport through the “airport tunnel”:

I had checked-in the day before, online, but again had to drop-off my bag. To my disappointment this took me about 30 minutes as the baggage-conveyor-belt had a malfunction and it took them some time to fix it:

So after 30 minutes I could drop-off my bag:

Boarding had already begun, so I got into the long queue:

The aircraft was packed, every seat was taken, except for the 12 seats in both exit-rows, so I moved one row up again, from 16A to 15A.

Relaxing with lots of legroom:

Cabin service started shortly after take-off while we were still in climb as our flight time today would be unter 60 minutes:

Arriving at the gate, but the airbridge was frozen and malfunctioning, so a Bus took us to the terminal:

Waiting for my bag, took endless 15 minutes, what is rather long for STR:

On my long way back to P2 parking:

***FINAL WORDS:***
Two short domestic hops with AB, nothing to complain about regarding service or the aircraft itself (was the same on both flights). Airport STR really should think about changing their operator of the parking-garages as the fees are unbelievably high; one of the reasons why I try to fly from MHG, parking is free there.gcmap.com

This site uses Akismet to reduce spam. Learn how your comment data is processed.

Open
Nice sunset today on what once was the #DeathStrip

Nice sunset today on what once was the #DeathStrip between West-#Berlin and East-#Germany before the fall of socialist East German government in November 1989 and before both Germanys got reunificated again in October 1990...
.

One last visit to #Berlin #Tegel Airport #TXL before it closes its doors forever on November 8th, 2020. I just went to the visitor terrace with some friends, no flights this time for me. Just wanted to see the few aircraft left, as most flights don’t operate anyway right now due to Covid-19. #DankeTXL
.
It was an absolute fantastic little airport and considering that it ran with millions of passengers over its intended capacity for the last two decades, it functioned quite well. Two bad that the state of Berlin has an absolutely inept government which decided to close this convenient airport. I’m sure the ground handling chaos caused by the state-run airport company will continue at the new @berlin_airport #BER when it opens on October 31st. The airport TXL itself was never at fault, because there never were problems until 2016, when managed changed in the Berlin Airport company. But I digress, bye bye TXL...
.
#flying #instaviation #flyingislife #avgeek #travel #travelgram #aviation #flight #flightblogger #travelblogger #frequentflyer #flyer #upintheair ...

@fosshotel #GlacierLagoon, where I stayed after day 1 of my roadtrip around the #Iceland. Nice room, the best dinner of my whole trip, absolutely amazing and perfectly grilled steak, tasty dessert and lovely views from the hotel’s terrace. Breakfast was quite unorganised and the buffet was running out of things all the time, but regarding the great dinner, I will try to forget this...
.
If you want to see more from my trip around the island, check out @carst_on_the_road !
.
#hotelroom #travel #vacations #hotel #luxurytravel #luxuryhotel #amazing #instatravel #travelgram #travelblogger #ontheroad #wanderlust #wonderful_places #welivetoexplore #explore #exploremore #holiday #holidays ...

Open
Back on the road... here in #Iceland now! . Arrive

Back on the road... here in #Iceland now!
.
Arrived today, did the mandatory #CoronaVirus / #Covid19 test at the airport in Keflavik, went to my hotel, and isolated in my room until I got my results about 6 hours after landing. Test results negative, so I’m cleared to travel around Iceland for the next 11 days.
.
After the test result came in I had a late night pizza dinner and now, 20 minutes to midnight, enjoyed this wonderful sunset over the bay of Reykjavik. As it’s summer and we are high up in the Nordics, the sun will never completely disappear this time of the year. It will shortly drop below the horizon, but not far enough for it to get dark. And then an hour later, it will slowly come up again, giving us here in Iceland hours of red and orange sunset and sunrise light (if you stay awake that is).
.
More to come in the next days, stay tuned...
.

Open
After my flight to #Iceland today, I now checked i

After my flight to #Iceland today, I now checked in into the @hiltonhotels @hiltonreykjaviknordica in #Reykjavik. Will stay here for two days, before starting my #roadtrip around the island. First 24 hours are quarantine, then followed by Golf tomorrow evening with local frequent traveller @sv1thor .
.
The Hilton here is a very nice property, which always is a pleasure to stay at. To make it even better, thanks to my Diamond Status I got upgraded to a top floor executive bay-view room overlooking Reykjavik and its waterfront.
.
Additionally the hotel provides room service free of extra charges, because travellers are encouraged not to visit any restaurants until they got their #Covid19 test results.
.

Open
Flight number 1 in the times of #Covid19, flying o

Flight number 1 in the times of #Covid19, flying on @icelandair from @berlin_airport #TXL to @kef_airport #KEF onboard one of their @boeing #757 aircraft in these beautiful special liveries.
.
I was in seat 1A, which was nice, the aisle seat was empty, which was even nicer. Not so good was that there was no service in-flight, because of the #coronavirus restrictions, the IFE had nearly no movies or TV series on offer, but at least the snack-bag provided had some tasty contents. I just wish airlines would provide sparkling water instead of still water.
.
It was great to be up in the air again, but considering all the hassle at the airports right now, flying is way less enjoyable. You it accept, because you want to go on holiday, but it’s definitely not fun right now.
.
After arrival we had to stay onboard for 45 minutes until the corona-test-stations in the airport were less busy. Afterwards we deplaned by rows, starting with row 1, which was good for me. And after another 15 minute wait in the terminal, I got my nose and mouth swab and will get test results within the next 24 hours. But I’m already free now to head to my hotel...
.

Open
Back in the Terminal C Lounge at @berlin_airport #

Back in the Terminal C Lounge at @berlin_airport #TXL, the first time since the outbreak of #Covid19.
.
After I had dropped off my bag at the @icelandair check-in desk, I passed the rather empty security checkpoint. Because still only a limited amounts of flights operate, all flights within the European Schengen zone, leave from the older part of Terminal C. And that meant that after visiting the lounge I had to walk through the strange connector between old and new Terminal C to get to my gate. That was when I discovered a random Airbus left in @airberlin colours. Nearly three years after they went out of business.
.
The lounge had somewhat limited offers, but I was still surprised to see cake, German pretzels and other snacks provided on the buffet. All snacks were packed in separate, small paper bags, so no one would touch or sneeze on the food other people might take. Also the lounge was pleasantly cool, something a lot of big airlines don’t manage to do. Looking at you BA!
.

Open
Only in #Berlin! Note to travellers at @berlin_air

Only in #Berlin! Note to travellers at @berlin_airport #TXL: don’t come to the #airport too early and don’t come too late! Like 2 hours before your flight seems like a good choice.

They only let people into the terminal when their flights are starting check-in (and check-in times have been shortened). You queue with thousands of people in front of the terminal, then an agent comes through the masses of people and announces which flights have started boarding and ushers the passengers of these flights to the terminal‘s entrance, where their boarding passes get checked. You don’t get in, if your flight hasn’t been called in front of the terminal. And who’s too late has bad luck apparently.

A real shitshow. I bet that procedure is only used in Berlin. 🤷🏼‍♂️

So while I’m happy that the #Covid19 / #CoronaVirus situation is kinda under control in Europe and that we can travel again, I must say that this whole mess kinda takes the fun out of the aviation part.

A historic Shiplift, an ancient Monastery, an abandoned Soviet Military Base & Berlin‘s Garden-City